A view of the soul...through MY Lense

One's own culture provides the "lens" through which we view the world ~
(Kevin Avruch, Peter Black – Anthropologists)

A very important person in my life wrote an amazing paper that will be presented in a highly regarded, professional forum later this year and as I was reading through the impressive document I was stopped in my tracks by this quote above. For many reasons that quote completely resonates with me, all the way to my core...to my soul due to certain life experiences I've known. That one collaboration of words all lined up so nicely tells such a story, so take a moment to stop and think about their rhythm and just what it could mean to you.

We are all so busy, aren't we?! Packing our days and weeks, months, and years as tight as perfectly rowed little Spanish sardines. Time is of the essence in OUR culture as Americans and deadlines are how we measure success...at least that's how it is in my profession as a public relations person. Sitting down together around the family table is almost a thing of the past for Americans - and why is that again? What could possibly be more important than a family stopping to prepare a meal together, sharing their day's stories and toasting to the stressful day they survived, hopefully intact? Nothing should get in the way of the bond that family, food and culture can bring to a table - any table, anywhere in this world.

My brother and I are both 3/4 Basque, or at least that's how we measured it out in our family - both our parents are Basque and the other nationality that snuck into our gene pool somewhere along the way is rarely, if ever discussed - shunned really! ha ha My brother and I have been raised with several cultures, when we really stop to consider. We are American citizens by birth, with a strong Basque lineage on both sides of our family, as well as being true Californians at heart. Most people don't stop to acknowledge that they are most likely influenced greatly by multiple cultures throughout their own lives. Throw in another significant culture that has also greatly influenced my life, Italian, and now I'm up to four! It's no wonder I get confused about which spices go with what dish! 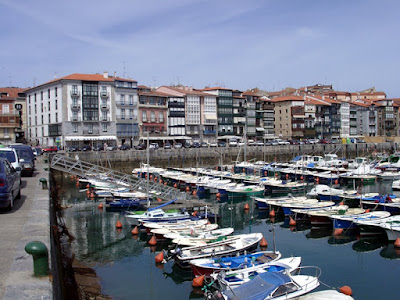 Along with each one of these amazing "cultures" comes the great and powerful influence of their foods and what role they have played in shaping my life, and world view. The impact and strong-hold of Italian cuisine is a "no-brainer," right? Well that's an understatement, but let's NOT forget the very considerable influence that Basque cuisine is making throughout the culinary world. It's quite astonishing, really, and very exciting for those of us who share in this great culture. Food truly is the "glue" that adheres itself to our ribs, and our lives, not only because of the need for sustenance, but also for the pure joy and creative spirit that it brings to the world. 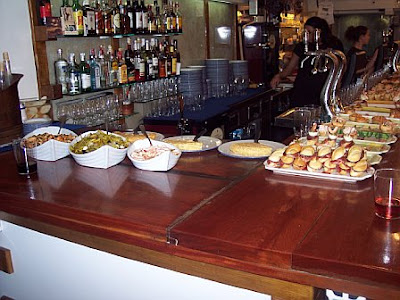 One of those very creative Basque influences of our time is chef Gerald Hirigoyen, restauranteur extraordinaire and owner of Piperade and Bocadillos restaurants in my hometown of San Francisco, CA. Gerald's passion for all things Basque and traditional are so apparent not only when you walk in the door of his great eating establishments, but in the taste and preparation of each meal or plate of tapas. Truth be told, since discovering Piperade and meeting Gerald several years ago, I don't eat anywhere else when I'm in San Francisco - and as a Celiac, let's just say you can eat some incredible dishes and never fear any consequences - just tell one of your wonderful servers you MUST eat gluten free and you are good to go! It will be a meal you will never forget...and I'm NOT just saying this because I'm Basque! Astegin Hartu! 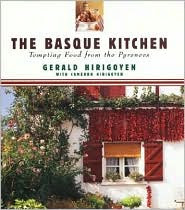 Labels: Food of the Soul