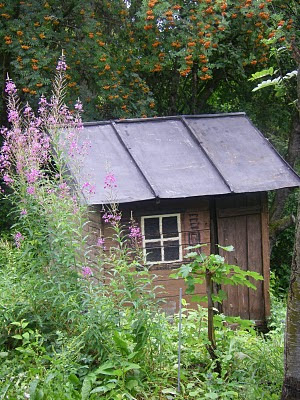 So it's been one of those crazy weeks with too much going on at work and outside of work - all good stuff, but enough going on to have pulled me away from cooking much or being creative in the kitchen - darn. I did throw together a yummy pasta, turkey, veggie casserole that I've been noshing on most of the week, but other than that it's been greens, some salads and hmmmm, what else? Oh, Lara Bars and yogurt.

After this weekend is over, I'm determined to get my good old fridge and pantry stocked again with my favorite gluten-free staples and get to cooking! I have so many dishes I want to create and sample, and as the air outside slowly creeps towards cooler evenings and mornings it's becoming clear that....gulp, fall is right around the corner. This could be the shortest summer ever. I still have visions of dining on tapas on my new patio and throwing a Paella party before the season for patio dining comes to a close. After eating the most amazing Paella at the Jaialdi festival in Boise last month, I'm definitely inspired to cook up my own batch, so stay tuned for that photo essay and recipe.

There have been a couple of Celiac news stories that crossed my computer screen this week that I thought were worth sharing - there's so much information "out there" and so much research finally being done on Celiac Disease that we all need to keep the information flowing and sharing with all who will listen.

Because I already have the beginning stages of Osteoporosis (due to Celiac) I'm always curious to read more about the connection and what is being learned and done to thwart this serious issue for those of us who were unable to absorb nutrients for so many years. This article titled, "Cause of Osteoporosis in Celiac patients?" and is worth the read, especially if you have it.

I Tweeted this article about Celiac Disease and the reproductive connection, during the week given that I've also suffered from Endometriosis, due to my Celiac Disease and I'm always curious to learn more about fertility issues and how I might be effected or not.

This article about a man's hospital stay in Canada was particularly startling, especially if you have ever spent any time in a hospital (which I have). It becomes clear very quickly after being admitted that you are at the mercy of hospital staff whom most....and I'm generalizing here but seriously, most...don't have a clue about Celiac Disease and eating in a hospital, as I've always said (as a Celiac)...is like taking your life in your hands. As astonishing as this fact is to write, I can attest that it's true. If you are ever admitted for anything, BE SURE to have a thorough (and if you are incapacitated, a family member or friend can fill in) conversation with nurses, doctors, staff about the specifics of exactly what you can and cannot eat, and I mean down to the gnat's eye lash. I'm not trying to sound paranoid...but I am. It's your life.

And finally, just a good article I found in the Calgary Herald that gives some basic facts about choosing to eat a gluten-free diet. Basic reminders are always a good thing.

As I venture off into the weekend I'm banking on coming back restored and full of cooking ideas that I'm certain to share.

Stay informed and healthy...and enjoy the day!
Posted by Bowl of Soul Gal at 10:24 AM